Recently Google made a significant change to the layout of their search results pages. The change of both where ads are placed and how many ads are displayed on each search results page has many wondering what kind of impact this will have on the businesses that use paid search as a key marketing strategy.

On February 19, Google deployed their new layout, which was a surprise to many that often use the search engine. No longer will they show text ads on the right sidebar. Instead they have decided to place ads at the top and bottom of the page. 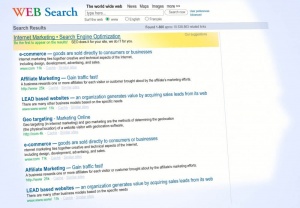 While in the past there were a maximum of three ads at the top of Google’s search results pages, in late 2010 users began to notice an additional ad being displayed on mortgage queries. Over the past few years that style has become more frequent which resulted in the worldwide unveiling of their new layout on February 19. 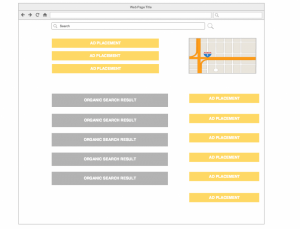 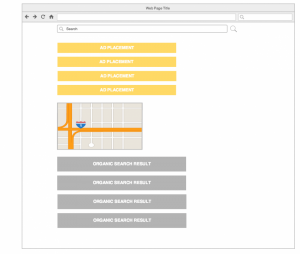 “Google is continually testing their processes, tools, interfaces, ect. to find the most efficient way for their products to function,” Black Tie Digital Marketing’s Paid Search Specialist John Budzynski said of the change. “For this particular change, Google has been testing the way paid ads are served since 2010 and they believe that this new ad format will provide better service to their users and, let’s face it, will fatten their bottom line.”

As for who will benefit from this change, Budzynski says Google doesn’t make major changes unless it makes sense for them. “Google would not make a change of this magnitude unless they were fairly confident that it would be a good move for them.” However, Budsynski says it’s still unclear who else will benefit until more data is accumulated from the change.

While it’s still unknown exactly how much the change will impact businesses, there could be a pretty significant impact on smaller businesses that use paid search. “With the new format there are less ad slots so auctions could get more competitive,” Budzynski warns. “Which could mean a lot of smaller businesses with lower budgets may get priced out of a larger number of auctions which would be a benefit to the larger, big budget companies.”

Though it may seem like bad news for smaller companies who may seemingly be getting the short end of the stick, it’s not all doom and gloom. There will still be opportunities for small businesses in paid search though it’s likely to become more competitive, especially in the short term.

Overall, this move could likely result in the price of cost-per-click increasing. “With the new format, there are fewer ads displayed and a lot fewer ads visible above the fold,” Budzynski says. “This means that being in the top three ad positions is more important than ever. That most likely means that the cost of these top slots will go up as well.”

With so much change going on with paid search, businesses that depend on organic search for marketing purposes may wonder how the additional ads above results will affect them. The good news for these companies is that other than the fact that the paid results surrounding the organic results may look a little different they won’t be affected by the change.

Google is always looking for ways to improve their search results pages and on February 19 they made a significant layout change that sent shockwaves throughout the industry. The change will have a major impact on paid search as less slots for ads will likely mean an increase in cost-per-click. Organic search, on the other hand, is likely to be unaffected by the change. It may still be awhile before we see the full impact of Google’s decision but it’s likely to be a pretty significant one.

By entering your email, you expressly consent to receive resources to help improve your marketing efforts.